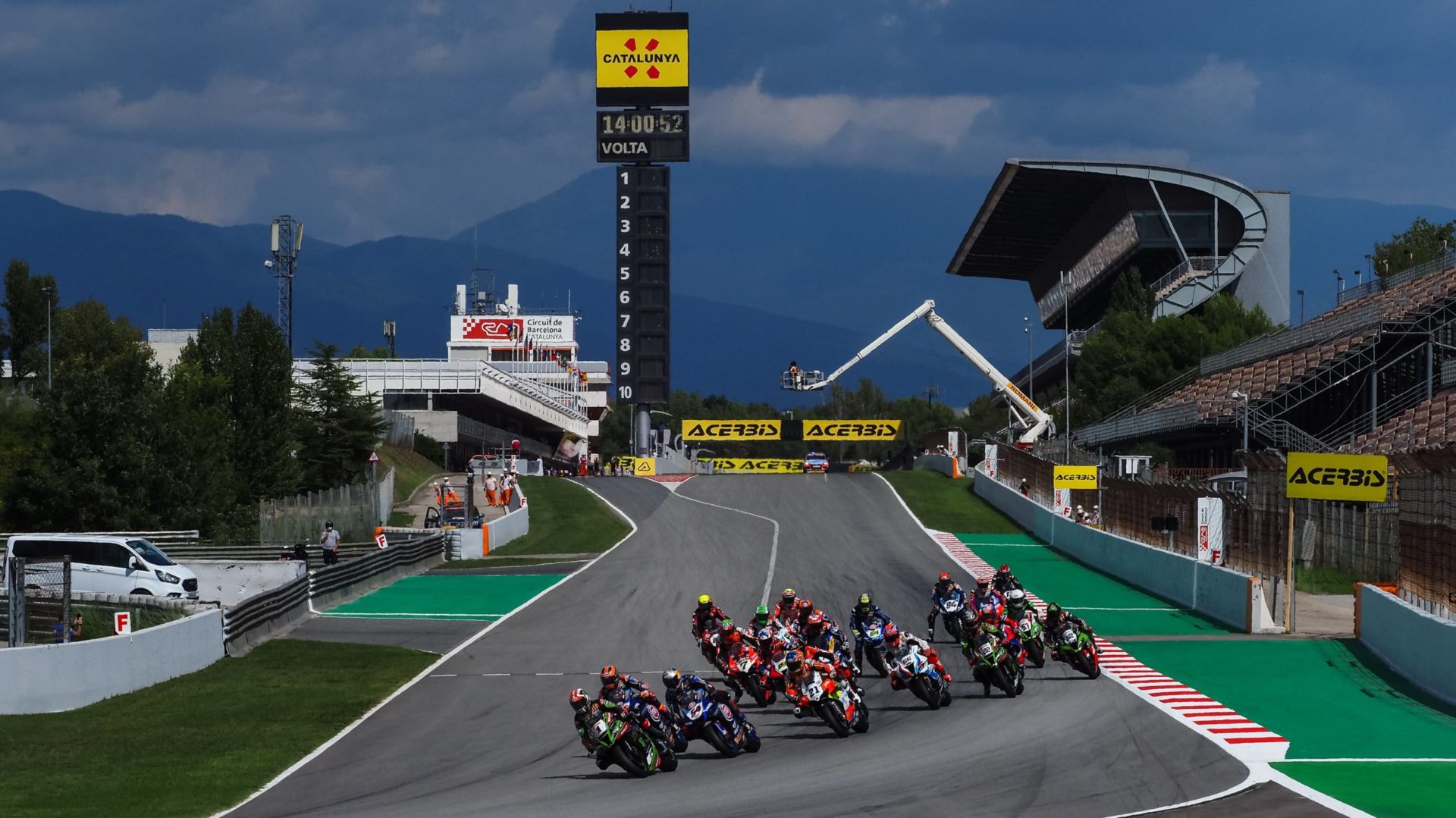 MANAGEMENT AND PROMOTION
OF MOTORCYCLING EVENTS

With our passion and work, we give Catalan motorcycling an impulse at the social, sports and commercial levels.

GEMOCAT is the sponsor of the Catalunya WorldSBK Round, the first point-scoring test in the Superbike World Championship – commercially known as WorldSBK – to be held on Catalan territory. The Catalan Round will be held until 2025 at the Barcelona-Catalunya Circuit. Catalan Round will be held from 2020 until 2025 at the Barcelona-Catalunya Circuit.

The Superbike World Championship is dedicated to competing with commercial models. Which is why it’s so attractive for the habitual motorcycle user and is a great showcase for the brands. With this philosophy, GEMOCAT is working towards making the Catalunya WorldSBK Round an event of reference within the Southern European motorcyclist panorama, at the sports as well as the commercial level.

Until 2012, GEMOCAT was behind the Catalan Promotion Cup, an initiative to train new Catalan motorcycling talents. This work with the grassroots of motorcycling allowed for the emergence of a new generation of riders that have reached the top at the international level. Through the Catalan Promotion Cup have passed names as outstanding as Álex Márquez, Fabio Quartararo, Álex Rins, Albert Arenas, Aarón Canet, Xavi Vierge or Xavier Pinsach among others.

As of 2019, GEMOCAT came to an agreement with Dorna Sports and the Barcelona-Catalunya Circuit to be the sponsor of the Catalunya WorldSBK Round of the Superbike world championship for the next five years.